Johannes von Dassel and Moritz Sauer are twins – completely alike, yet different. They declare their kinship also a kinship to others and to the foundation of their art; as BR*OTHER ISSUES they position themselves in queer-political and normative contexts. As authors and performers, they work at the edge of biography and theory: in January 2018 they showed WINK’N TWINK, about their own whiteness and sexualities. In July they premiered their next episode HONEY’N NUNEY – Fags in Space, where they left the earth and went to space to look for a new queer home-planet. BR*OTHER ISSUES – from personal to political and back! 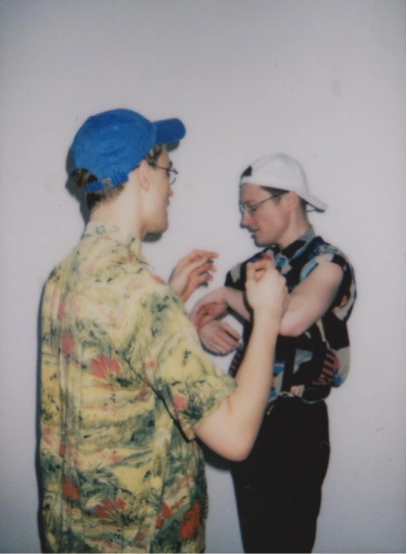