Sandra Sterle was born in 1965 in Zadar. She currently lives and works in Split, she is now a professor of performance art and video at the Arts Academy in Split, Croatia.
In 1989 she graduated from the Academy of Visual Art in Zagreb and continued her studies at the Department of Film and Video at Kunstakademie in Düsseldorf, 1995/6. From 1991 to 200, she worked and lived in Amsterdam, where she received scholarships and awards for her work by BKVB fund and Amsterdams Fonds voor de Kunsten.
In 1999 she received ArtsLink scholarship, and she worked and resided at the Wexner Center for the Arts in Columbus, USA. In 2001, in collaboration with ArtsLink, she received the Ford Fundation Scholarship and participates in Franklin Furnace’s  “The Future of the Present Program”, leading a workshop on Parsons College of Art and Design in New York together with Bosnian artst Danica Dakić, with whom she created go.HOME project at Location 1 Gallery.
She participated in many international exhibitions, residencies and festivals since 1995. She explores herself and her story along with the media ranging from performance, photography, CD-ROM, video, internet and web streaming.
Her works have been included in the main retrospective exhibitions of Croatian video art, such as “Frame by Frame”, “Personal Cinema Program”, “Insert” and Dutch retrospective “A Short History of Dutch Video Art. 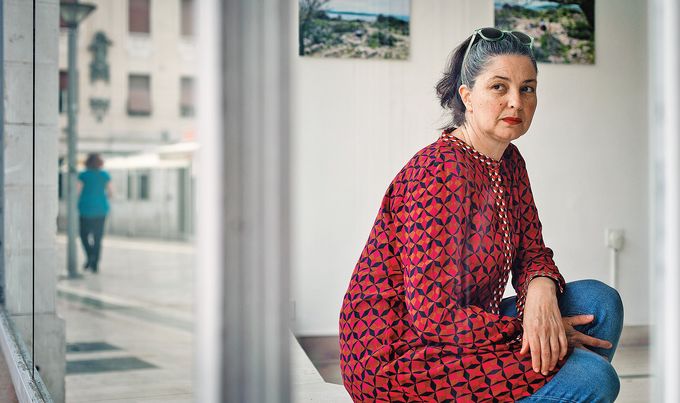