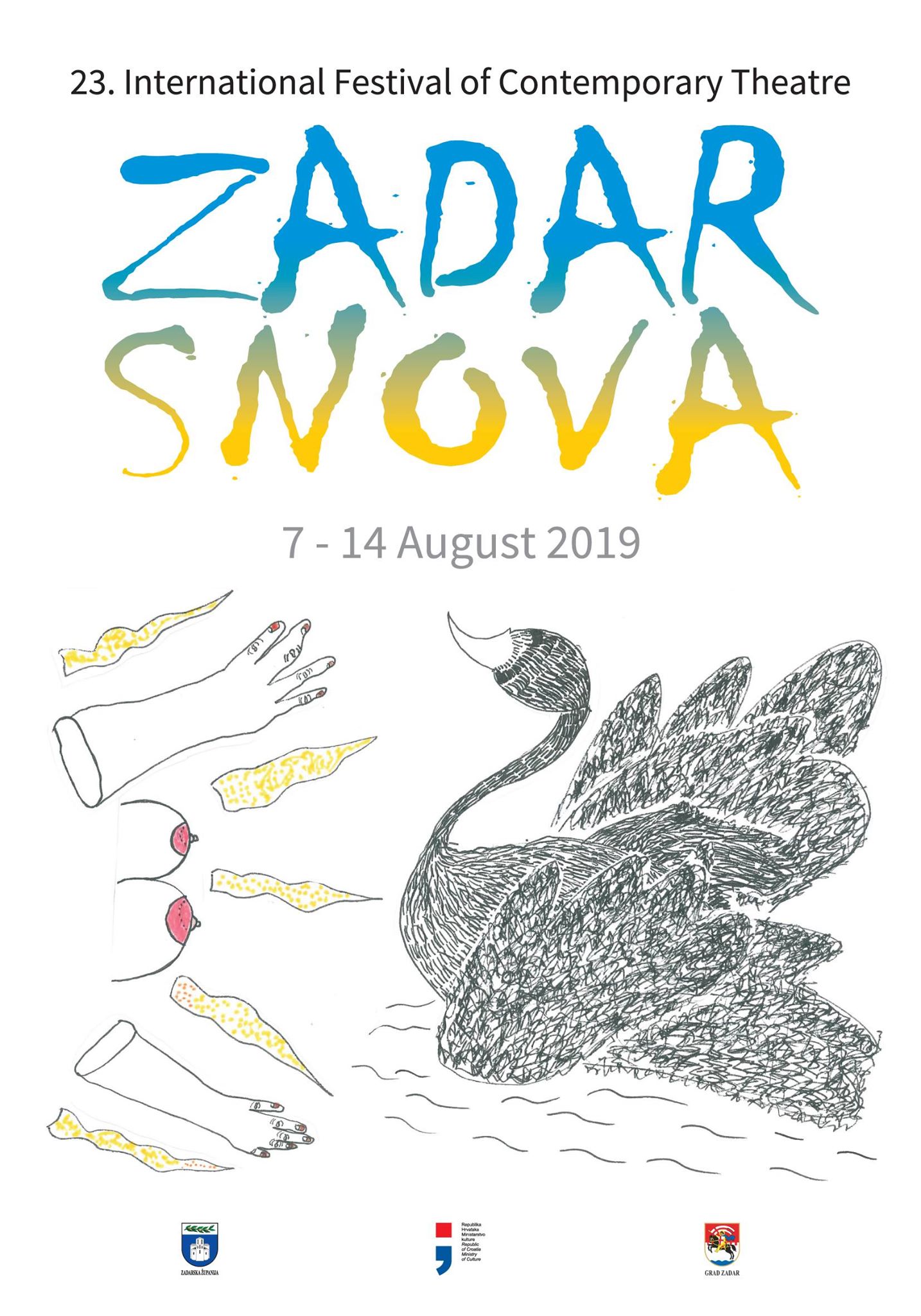 7. 8. Wed
Hip Hop Jam Mornarica 2019
All day program dedicated to hip hop culture in all its forms. Renewal of mural and graffiti.

8. 8. Thu
Citadela 21.30h
Kunst Teatar and KUFER – Ivan Planinić: The Good, the Bad, the Dead
Dubravko Ilić, who is due to die, is by duty being accompanied by an Angel and the Devil.

9. 8. Fri
Sv. Dominik 21.30h
Kunst Teatar i Punctum – Ivan Penović: Flex
Nineteen forty-three the following was established: ‘Identity is defined by the screen theme colours on a mobile phone.’ Identity today is like a cryptocurrency – maybe you got it, but you don’t know it, or you know that you have it and so you can buy handkerchiefs on a kiosk in downtown with it.

SK Božo Lerotić 23.00h
Lenz Fondazione – Boris Kadin: Orestea.Dystopian / Eshil
Famed and fierce tragedy in light of an idea that no change is possible as DNA is unbeatable.

12. 8. Mon
Gat na Rivi 20.30h; Poljana Šime Budinića 21.30h
Joshua Monten Dance Company: Romeo, Romeo, Romeo
How to find a partner in the time of Tinder? 4 Romeos amongst them 1 woman and everybody in audience becomes a Julia. The story on (the search of) the intimate relations – by arts, charm, athletic abilities, elegant movements, and occasionally by nothing else but a bare desperation. Dance is a mating ritual.

Palača Grisogono 22.30h
Luna Cenere: Kokoro
Kokoro in Japanese means internal being and unity of a heart and reason. Luna becomes a modern Melusine under the moonshine that thrills and disturbs us at the same time while her body transforms into a sculpture of a disjointed bliss.

13.8. Tue
Citadela 20.30h
Ivana Ivković: We are coming from everywhere
A touch on an edge, of visual and performative, personal and common, political and private.

Sv. Dominik 21.21h
Program FIKK, International naked philosophical theatre
Ela Lipanović: I prefer not to / Herman Melville
My time is passing by right now, right in this place. My irreversible time, leaving forever and getting lost among papers and books. This is not a place where I want to spend my life, I know that very well. But what is it that something to which I want to devote all my attention, all my efforts and energy?

Nikša Eterović: Tabu / Günther Anders
The most sacred was valid as tabu, just as the filthiest.

14. 8. Wed
SK Božo Lerotić 21.30h
Theatre Grupa – Lee Delong: Mistero Buffo / Dario Fo
He was not allowed to America nor was his play, Vatican was scandalised  by its presentation on national TV, some intellectuals spoke against his winning of the Nobel Prize for Literature, and high ranked police officials had set up a terrorist group that then abducted, tortured and raped his life partner and actress, Franca Rame. Buffon dell’arte in which Dražen Šivak takes up more than 30 different characters.